In the old asthma was taken as a divine punishment, so that their treatment was based on mystical orders, prayers, exorcisms, etc..
Oriental medicine to treat asthma with acupuncture techniques, and moxibustion (a technique that uses the same points as acupuncture, but by applying the heat produced by burning a root called moxa) 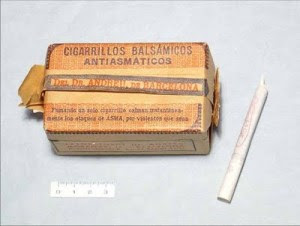 Others could see the "Treaty of therapeutics and materia medica of Armand Trousseau and H. Pidoux "
1857, the council of the use of numerous compounds to treat asthma, such as: Hydrogen cyanide, arsenic, coffee, electricity, snuff, among others.
In the first edition of the Merck Manual, 1899, indicated that the snuff asthma was often beneficial and the most severe cases, recommended marijuana.
Oils could be found with alcohol and opium in the treatment of asthma and other spasmodic affections. Charles Dickens was one of the followers of this compound to relieve their asthma attacks. 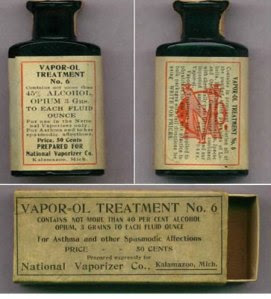 The history of bronchodilator therapy in asthma dates back to 1900 with the use of an extract of adrenal glands proposed by Solis Cohen. Despite being known by the Chinese for over 5000 years ago in 1924 newly entering Western medicine ephedrine, used as a bronchodilator. Since the early 20 bronchodilator theophylline is most used among asthmatics, it is a methylxanthine with a structure similar to caffeine or theobromine. Historically its use in asthma treatment comes as a recommendation to William Withering, in 1786 recommended strong coffee as a remedy for asthma symptoms.
In 1870 shortly after Dr. Henry Hyde Slater, who was asthmatic, also claims strong coffee is the best remedy available for asthma. In 1900, since the early 30's, the lab begins to synthesize Boehringer theophylline, which is widely used to treat this condition, it is interesting to note that even being used for decades by millions of people in the treatment of asthma, now doubt its mechanism of action in asthma and its logical place in the drug scheme, apparently its molecular mechanism of action include inhibition of certain phosphodiesterases, antagonism of adenosine, stimulate release of catecholamines, inhibiting the release of mediators involved in bronchial inflammation and inhibition of intracellular calcium release. Theophylline is a nonselective inhibitor of phosphodiesterases (enzymes responsible for degradation of cyclic nucleotides in the cell, leading to an increase in the concentration of AMP and cyclic GMP). But the degree of inhibition is low (5-10%) at therapeutic concentrations of theophylline tolerable, prompting studies to develop selective and more potent inhibitors that can be used in the treatment of asthma. 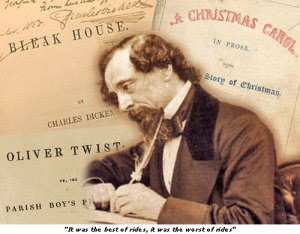 What is Asthma | asthma prevention | Charles Dickens
Bronchodilators were subsequently developed more powerful and less toxicity (adrenergic agonists), which finally ended theophylline displacing the position of third-line drug, used when asthma can not be controlled by other means, or when the cost of medicine is the most important factor. About 1948 Ahlquist classified adrenergic receptors alpha and beta, the latter recognizing the quality of bronchodilation, so you start to look for drugs that act selectively on these receptors, later (1967) beta receptors are subclassified into beta 1 (cardiac stimulant action) and beta 2 (bronchodilator). Since then the search is on a drug that stimulates these receptors. In the 70 recognized in asthma inflammatory character, which modifies substantially the same treatment by adding anti-inflammatory therapy, resulting in perhaps the most important pillar today in the treatment of asthma, corticosteroids, allowing the use of bronchodilators for the control of the crisis (the latter in our days is changing with the emergence of long-acting bronchodilators). Even the early use of inhaled corticosteroids would be a "modifier evolution." 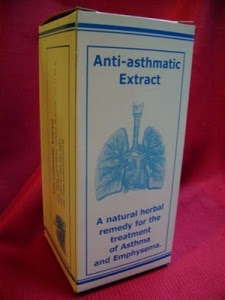 With the partnership of two long-acting beta and inhaled corticosteroids should theoretically be achieved disease remission, a fact that is unfortunately not in practice, which led to the introduction of the concept of "bronchial remodeling," leading to redefine remission now not as a cure for the disease but the absence of symptoms. Began to emerge then new anti-inflammatory drugs as inhibitors of leukotriene inhibitors and phosphodiesterase that would add two main advantages: its use by the oral route and not having the undesirable effects of corticosteroids. Day by day they are creating new compounds that help asthmatics to take their disease with fewer limitations and we may think we are close to the time when the disease is fully controllable even in cases of severe asthma are as follows concern to the medical community.
Personally, as my own experience, I can recognize in the tea a great ally in the moments that Ventolin is not available to open a bit (if only) the way the precious air when this is difficult.
And you you have any recommendations?
Do you measure your grandmother makes out of these times? Leave me a comment and who can deny that you are the driver of new scientific studies
Posted by Aidan Connell at 12:20 PM